Who Knows Where The Time Goes?

Sandy Denny’s song is as relevant now as it ever was. Steve Miller sang about time slipping into the future. Our Time Will Come, Funny How Time Slips Away, Time After Time, Out Of Time, etc., etc. All about the same thing––that elusive and most precious of items.

And now it’s the Time Of The Season.

Back in my sixties, few months ago, I was hunting for my winter socks. That was in December. Now I’m told it’s December again. Huh! How did that happen? Who knows where the time goes? 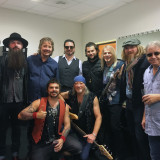 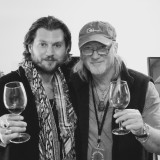 My 70th birthday was a significant marker of time. I thoroughly enjoyed it; great gig in Lyon (with a good old fashioned knees-up in the dressing room after the show) and a super gig at the O2 in London. Rival Sons, our tour companions, were amazing––outstanding performances, crowd pleasers, lovely people, and now firm friends. 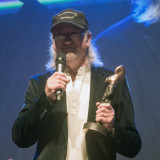 RG The Man with the Golden Ear

And what times have recently flashed by… The Man With The Golden Ear award from SoundEdit in Poland; a great European tour, a surprise video (arranged by my lovely family) full of birthday greetings from family, fans and friends from around the globe; two 50-year celebrations (Rupert Hine, my first production, and Episode Six). It was a trip to see my friends again, some I hadn’t met in almost fifty years. It wasn’t planned but we just had to get up on a stage and perform some of our songs again. You can see more at the Radio London website. 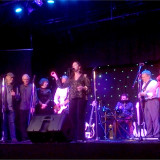 Gillian and Mara with Episode Six 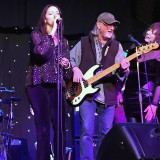 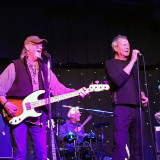 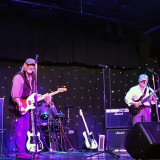 And the festivities have only just begun!

An early Christmas present was the Hall of Blame induction, finally. Everyone has an opinion about that and they are welcome to it.

Our crew and management deserve praise for making life on the frog as seamless as possible but the highest praise must go to all you who came to our shows––what would we do without you? Thank you again, again.

I wish everyone the best of the season and good luck for 2016.

18 thoughts on “Who Knows Where The Time Goes?”