It’s difficult to assess the impact Nick had on my life…something like this has no form of measurement…but to say that it was truly profound would be an understatement.

He was the house engineer at Le Studio in Morin Heights when, in the winter of 1981, Rainbow started recording Straight Between The Eyes. As the producer, I spent a lot of time with him, sitting at the SSL desk, drinking endless cups of coffee and playing Battleships late into the night. We hit it off immediately. 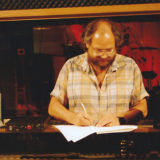 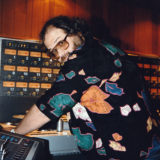 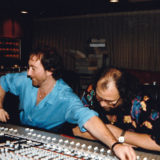 One day, he saw a folder of my lyrics and poems and suggested that I do a solo album, offering me four days of free studio time as an incentive. After the album was released, we went on tour. He came to see us in Toronto and challenged me about the solo album again. So, when the tour was over, I travelled to Morin Heights with Colin Hart and started recording what would end up as Mask. I had no band––just a couple of guitars, a drum machine, synthesizer, sequencer, and some percussion instruments––so Nick introduced me to Jean Roussel, keyboards, and Joe Jammer, guitar. Those four days whetted my appetite, Nick and I went on to complete the album in New York. One of the memorable moments was when he introduced me to the wonderful Canadian singer Kate McGarrigle, who flew down to record some vocals. He had connections.

We had a great rapport. He was what one might call ‘old school’ in his attitude and knew the old recording tricks. I learned a lot. When Purple reformed, he was the obvious choice for engineer and we recorded Perfect Strangers and The House of Blue Light in Stowe, Vermont. He also travelled with Ian Gillan and I to Montserrat to record Accidentally On Purpose. Some years later, he engineered Slaves and Masters by DP.

He was a lovely man, full of fun and wisdom, liked to enjoy himself, and a good listener. Had good ears. I am lucky and privileged to have had him in my life.

My thoughts are with his wife MJ and all his family and friends. He will be missed.